'FAILURE' CAN BE A POSITIVE TOOL IN THE CLASSROOM

In a highly competitive and achievement-driven culture, the thought of failure as a positive outcome in the classroom can seem counterintuitive (if not downright crazy). But numerous studies and sources have shown that failure can be a rewarding and essential part of the learning process. 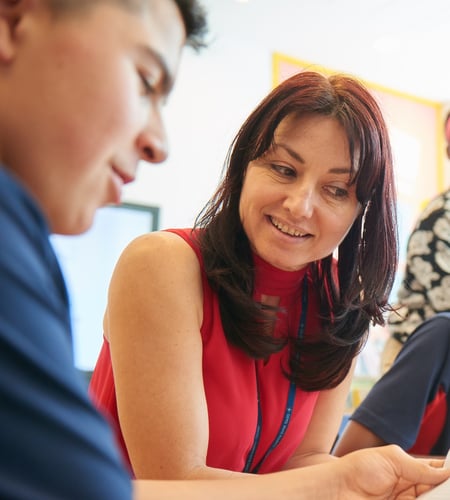 What we can learn from failure

Despite the many lessons and anecdotes from history that illustrate just how "failure" in the short term can lead to stunning success down the road — Steve Jobs getting fired from Apple, for instance, or athletes who achieve stardom despite being cut from their high-school teams — many academic settings fail to make room for failure.

GEMS World Academy Chicago, a leading independent private school, takes a different approach. At GEMS, failure is viewed as a key teaching and learning opportunity. The school uses the International Baccalaureate curriculum, which encourages students to take risks. Inherent in that approach, of course, is the possibility that students will stumble from time to time. And that's just fine, school leaders say.

"Learning to respond to failure is critical," GEMS Head of Lower School Cindy Rigling said. "Not only does it teach students what (Stanford University professor) Carol Dweck refers to as "grit," it also requires them to think more creatively to solve the problem a different way. These are the thinkers we need to innovate in the 21st century."

By reframing failure as a natural part of the learning process rather than as a negative end result, teachers can help students develop essential skills and rethink potentially limiting definitions of success and achievement.

The benefits of growth mindset and "errorful learning"

Like misconceptions around the idea of "fixed intelligence," the avoidance of failure at all costs can hinder students from stretching their abilities and taking creative approaches to problem solving. According to Janet Metcalfe, a psychology professor at Columbia University and author of "Learning from Errors," (Annual Review of Psychology), making mistakes with "high confidence" and being corrected in the classroom is a key factor in the learning process for students.

According to cognitive scientists, students benefit from making mistakes in that wrong answers to problems and questions can foster new lines of inquiry, as well as an appreciation as to why the correct answer and process works and how to arrive at the right conclusion. Like the age-old "show your work" principle typically applied to solving math problems, understanding and appreciating the process is as important for a student's progress and development as simply getting the right answer in and of itself.

In one experiment on the fluidity of intelligence to illustrate the principle of growth mindset, teen students were asked to summarize their ideas on learning and how the brain works. One student summarized the process quite succinctly:

"The more you practice or study, the more you learn. Your brain has neurons inside that grow whenever you learn something new. Even though you may struggle in a certain subject, the neurons in your brain are making new connections and your brain is getting stronger and smarter ... Struggling in school is absolutely normal and we may feel and call ourselves 'dumb' during these times. If you practice, using better ways to study and learn, you will get smarter and might struggle less."

Successful strategies to help engage students in the process include:

By taking the stigma out of failure and making it an integral part of the process, teachers can encourage students to stretch and take more chances in their academic work and creative thinking processes. Parents can choose an independent private school like GEMS World Academy Chicago knowing that their children will be 1) allowed to make mistakes, and 2) encouraged to learn from them.