HALLOWEEN TRADITIONS AROUND THE WORLD

Halloween is almost here! In the United States, Halloween is a time for jack-o-lanterns, costumes, bonfires and trick-or-treating. It's one of the most poplar times of the year. But how did it get started?

The celebration was brought to America by European immigrants, and the various customs associated with the present-day version came into being gradually. Jack-o-lanterns, for instance, originated in the U.S. when immigrants began carving pumpkins instead of the traditional turnips, potatoes, and rutabagas used in Europe. And the phrase "trick or treat" came into being in 1934, when it was coined by an Oregon newspaper.

As popular as Halloween is in the United State, we're not the only country to celebrate it. Halloween is  truly international celebration. In most nations, the holiday retains some element of the spiritual, honoring ancestors who return to briefly walk the earth. For many celebrants, the holiday is also a time for fireworks, bonfires, and treats. Here is a list of some of the Halloween customs around the world — maybe you can incorporate one or more of these into your own celebrations this year! 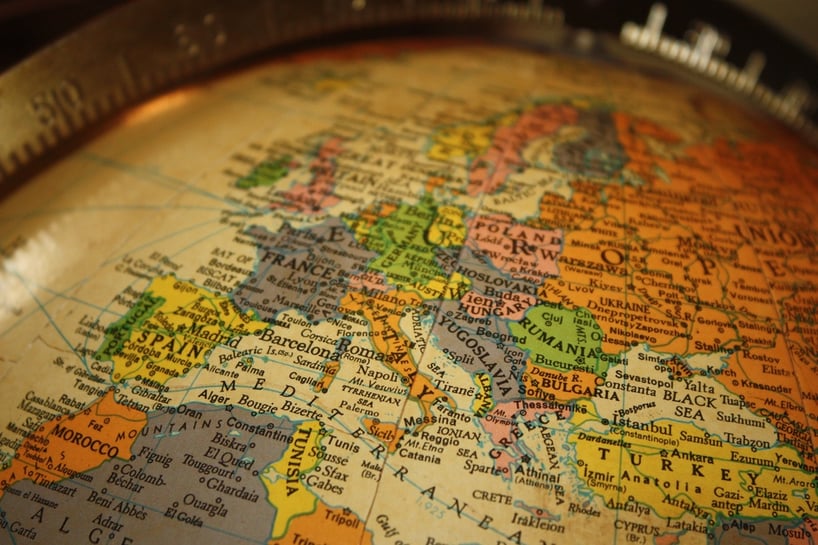 Halloween was founded by the Celts, who would dress up as evil spirits during the Festival of Samhain because they believed that the dead would temporarily return to their homes. In order to stay safe, the populace would dress like demons to fool the real ones into leaving them alone. The celebration became associated with the Catholic Church and the celebration of All Saints Day. The name Halloween comes from All Hallow's Eve, but over the years, the day has returned to its secular roots. The Irish have made Halloween a national holiday, celebrating with a school break and fireworks.

In these areas, the celebration is called Dia De Los Muertos and it takes place over three days, beginning on October 31 and ending on November 2. The holiday is meant to honor the spirits who return to their homes on Halloween. The celebration includes constructing altars to the dead and decorating them with flowers, photographs, food, and candy. In some homes, water and fresh towels are laid out so that the spirits can clean themselves before partaking of the feast. Graves are cleaned up and decorated. Relatives gather at the cemeteries to share food and memories.

In China, they celebrate Teng Chieh, a Halloween festival that pays homage to deceased ancestors by putting food and water in front of their photographs. They also ignite lanterns and bonfires to light the way for spirits. Buddhists create paper "boats of the law" that are burned after dark so the spirits who are walking the earth on Halloween can find their way.

Halloween has become more popular in Britain in recent years, to the dismay of traditionalists who prefer Guy Fawkes Day, celebrated on November 5. Guy Fawkes Day is celebrated in honor of the unsuccessful plot to blow up Parliament and kill King James I. The day is marked by bonfires, fireworks, and effigies of Guy Fawkes. In recent years, some British folks have been combining the holidays by collecting pennies for Guy while trick or treating for candy. In times long past, English children created an item named a "punkie" out of beetroots. They carved a design on these roots and carried them while they sang the "Punkie Night Song." They would then stop and ask residents for money.