NEW YEAR'S TRADITIONS AROUND THE WORLD

Americans ring in the new year with parties, countdowns, midnight kisses and the ball drop in Times Square. But what do people do in other cultures? Read on to learn some international new year's traditions.

In England and some Commonwealth countries, people follow a superstition sometimes called "first foot." The first person who passes the threshold in the new year brings luck with him or her, so people try to make the person as auspicious as possible.

Exactly what makes the first foot lucky varies from place to place and person to person. But in general, a good first foot will be tall, dark-haired and male. Some cultures also say that new brides or new mothers are good first feet, probably on account of the new beginnings they bring. The first foot should bring some kind of gift to share, like bread or wine.

In Denmark, people collect unused dishes over the course of the year. On New Year's Eve, they throw these dishes against the doors of family and friends, where they shatter. Rather than being a mess, these are symbols of friendship and camaraderie. Those who have the most dishes broken in front of their house have the most friends. 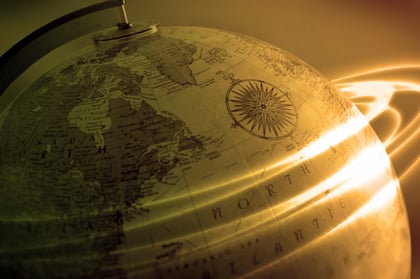 Just as with Christmas and other holidays that fall around the winter solstice, many cultures give gifts to celebrate the new year. For instance:

Tasty food is an important part of any holiday celebration, and marking the start of a new year is no exception. Why not add some of these multicultural cuisines to your celebration?

Alcoholic beverages — especially champagne toasts — are fashionable on New Year's Eve in the modern West. In other countries and throughout history, people have been celebrating the new year with traditional tipples.

Some places in England drink "wassail," a traditional spicy alcoholic drink that's served for luck and good health in the coming year. In Scotland, a comparable drink was called "hot pint." These drinks were often served to friends and neighbors during caroling and other festivities.

Many places in Holland and Scandinavia serve hot mulled drinks like glogg, ciders or ales. These drinks are good to share around a fire with friends while bundled up against the northern cold.

Many cultures engage in prayer, religious services or introspection in observance of the new year.

All of these new year's traditions seek to clear out the old, celebrate what's been accomplished, and ring in new health and prosperity. Who knows — you may even be inspired to add some of these to your own festivities this year!